The term “terre des hommes” means “earth of humanity”. It is taken from a novel by the French humanist Antoine de Saint Exupery. How humane are earth’s societies? Perhaps, one of the best indicators is how they care for their children.

The first terre des hommes began in Lausanne, in the French speaking region of Switzerland. Similar initiatives were taken in other countries, and on January 8, 1967, terre des hommes Germany was founded. With a nucleus of 40 people, the organization’s first actions were rescue missions for war-injured children in Vietnam. For more than 30 years since that time, children in the South have been the focus of terre des hommes. Wherever there is war, hunger or oppression, children are the first victims.

Today, the German section of terre des hommes has its main office in the German city of Osnabrück, and co-ordination offices in Asia, Africa and Latin America. The Regional Co-ordination Office for Southeast Asia was established in Bangkok, Thailand in 1976.

In Germany, terre des hommes has grown into a citizen’s movement, with 160 working groups in cities and townships all over the country.

The volunteer members of these working groups are active in many ways. They provide educational outreach, raise funds, and organize campaigns to ensure that development issues are mainstreamed into the local agenda of cities and townships.

Relying primarily on private donations, terre des hommes maintains its independence in order to take clear positions on issues, and to work for justice and peace worldwide.

The IFTDH has ten member movements with headquarters in Belgium, Canada, Denmark, France, Germany, Italy, Luxembourg, the Netherlands, Switzerland and Syria. The Swiss branch of the IFTDH is composed of two sections: terre des hommes Switzerland in Basel and Geneva, and the terre des hommes Foundation in Lausanne. The French branch of the IFTDH specializes in economic, social and cultural rights.

The members of the IFTDH, though they have the same name, are independent organizations that pursue common objectives. They use similar methods and closely work together. 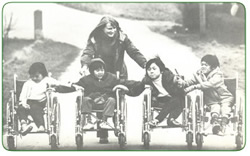 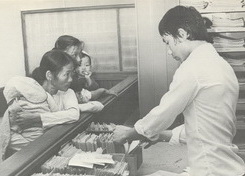